When a friend invites you to his or her wedding in Maui, you RSVP “HELL YES”.

Flight Details: The non stop flight from Texas to Maui is about 7.5hrs long and the time difference is 5hrs.

Rental: Jeep Wrangler. Maui Travel Hack-  Highly Recommend checking with your hotel before renting a car.  The Andaz had a Car Rental place on site that would have save us a lot of time and money.  Parking was expensive. The lines for Rentals take ~1 hour and we didn’t even need the Jeep every day.

We were greeted by smiling staff and immediately got laid. The woman’s lei was made from purple Dendrobium Orchids and it looked and smelled amazing. I wish I could have brought it home with me! The man’s lei was made from the kukui nut. We brought it home with us and is now part of our bathroom decor. We now look at it and remember the fond memories of Maui.

We entered the main lobby and were drawn to the stunningly beautiful view of the blue skies and ocean. It felt like a dream! We were greeted by a young woman who offered us some cold, infused water and a warm towel. She took our information to get us checked in while we enjoyed the moment. Our room was not ready (which was expected) so we changed into our swimsuits and hit the nearest pool bar, the Bumbye Beach Bar. The bar is near the kid-friendly pool and all the kids and adults were enjoying themselves. It was lunch time so we ordered the Ahi Poke. It was the most delicious Poke i’ve ever had! We also partook in drinking the local beer from Maui Brewing Co. It did not disappoint. The price tag ($10) for a can of beer was shocking but it was delightfully refreshing. After lunch, we headed closer to the beach and lounged on the chairs. I don’t think we spoke much because we were in awe of the view ahead. The ocean was calm and the water was so blue. The hotel offers complimentary Sun Bum sunscreen and ice water…(likely part of the resort fee).

Our room was ready around 3PM (?) and we were escorted by yet another friendly staff member.

The room was incredible complete with a very large walk-in shower and a view of lush, tropical gardens from our patio. We didn’t take advantage of the patio much because we were eager to get outside for every sunrise and our schedule was packed. But, when I did take a few steps onto the grass, it was refreshing to smell all the different aromas from the flowers around me. The room is equipped with all the things you would expect with addition to a blue, netted beach bag. How thoughtful right? It came in handy the entire trip. It’s the little things!

We went to Ka’ana Kitchen every morning for the breakfast buffet. (i think it was included with Amex)? They had your standard breakfast items as well as a featured station that contained a local cuisine. The food was fresh and tasty. Also, I recommend getting their early, 6:30am, so you can get a table on the balcony and watch the sunrise. You will not be dissapointed!

After a long day, we made reservations at Morimoto, a

We ordered drinks and oysters. The presentation was beautiful so of course, I took a picture. The oysters were delicious but pricey. ??? We also had the fresh sashimi which was also wonderful. If it’s within your budget, i recommend eating here. If not, I’d return to the pool bar for more Poke!

The Haleakala Sunrise and Bike Tour was highly recommended by a coworker who has been to Maui twice. I booked the reservation about 2 weeks in advance. Because of the 5hr time difference, we scheduled this tour on Day 2. We were in bed by 7PM Maui time the night before so it wasn’t too difficult to rise and shine at 2AM. The shuttle picked us up from our hotel steps at approximately 2:05 AM. He was punctual and courteous. He told us we had about 3 stops to pick up others before heading to the volcano base. It was about a 45min (?) drive so I took a short nap. At the base, the shuttle dropped us off to grab some food, gear, and use the restroom. The gear was a jacket and pants because the temperature at the top of the volcano is below freezing so be sure you dress very warm. I am cold natured so I was cold even with the gear provided. I recommend bringing a beanie, gloves, and a hooded sweatshirt. Next, we hopped on a bus and headed to the summit. We were one of the very first groups to arrive so we perched up at the front along the fence and impatiently awaited the sunrise. It felt like an eternity… because I was so cold! The only thing that kept me happy were the stars. We were mesmerized. We even saw a few shooting stars. Groups and groups of people continued to arrive and gather behind us. I’d say over 200 (???) people were there so you could definitely feel the intensity. After about 2 hours of waiting, the sun began to peak above the horizon but behind the clouds!!! We couldn’t see a thing because the cloud coverage was so thick. We were certain we were doomed. BUT, our guide reassured us and reminded us to believe and have “mana” (??) Just in time, the clouds dissipated and …. (Jaw Drop)

After the sunrise, we huddled around our guide. He told us the legend of demigod Maui and …….???? He was the only one sharing his knowledge of Haleakala so much that others that weren’t in our group hung around to listen. He spoke with such enthusiasm and honor(appreciation)…? Then, it was time to hop back on the bus and head down the volcano where we would meet up with the Bike Tour.

We were given safety instructions and signed a waiver before hopping on our bikes. We proceeded to ride down the volcano. One guide rode his bike in front and the other guide drove the van at the end. They communicated with one another the whole time and informed us when to ride near the shoulder to allow cars to pass. I was confident in their abilities and felt safe. We stopped to take a few, fun pictures. I highly, highly recommend the guided bike tour. Not the self-guided option. We saw a few crashes…

We arrived at Monkeypod Kitchen, via car service by the Andaz, at 6PM and waited for over 30 minutes. We were never formally seated but kept an eye on the bar. Thankfully, two spots opened up at the bar so we sat there instead. Everyone was drinking the famous Mai Tais. I was tempted to give it a try but after a long, eventful day, I wasn’t in the mood. We were exhausted. I had a glass of wine. We ordered the Lobster Deviled Eggs as an appetizer and the Proletariat Pizza and Fish & Chips for our entrees. The eggs were the best part and so, the only touristy thing to do is take a pic.

The pizza and fish were also very good but again, we were just eager to get back to our room and get some rest.

Day 3 was a Friday. After breakfast, a short walk along the beach and watching the sunrise, we visited the concierge to inquire about the weather and driving the Road to Hana. The weather can be unpredictable on the East side of the island and rain was in the forecast so we decided to skip Hana that day and instead, go on our own adventure. We visited Big Beach at about 10am and we enjoyed being one of the first people there that day. Next, we met up with friends at Maluaka Beach. There were many people snorkeling in the area because turtles are popular there. We chatted for a few and then headed to grab lunch. We drove up to Kihei to grab some food from the Food Trucks.

We then headed to Wailea where the Groom was staying and partied in the pool until dinner.

We made reservations at Tommy Bahama at The Shops at Wailea. I ordered the fresh catch which was Ono. It’s a very mild, white fish.

The wedding started at 4pm so we decided to stay on the resort until then. We headed to the beach to take advantage of the onsite paddle boarding tour. The list was full but the guys assured us they could accommodate us. The staff at the activity stand were very friendly and helpful with getting the equipment we needed.Note: Sign up for activities the day before! We have never paddle boarded so we were a bit nervous. The guide gave us a brief lesson and then, we were escorted into the ocean. There were about 10 of us in the group and most all of us fell off at some point. We paddled about 100yds (???) from land and took it all in. The paddle boarding guide was awesome as well. He gave us a history lesson of the island and the many islands around Maui. He was very informative. The tour was completed in an hour. Next, we grabbed some snorkeling gear. I had never been snorkeling before so I was very eager to do this!  I fell in love with snorkeling. The abundance of different fish and coral amazed me. I wanted to snorkel all day! For lunch, we drove north to Kihei and dined at Coconuts for some fish tacos. The husband isn’t fond of cooked fish but he loved it! Hard to believe! Also, the owner was there and greeted us at our table which was pretty cool. There were a few shops in the area so we picked up some souvenirs to take back home. The wedding was at Sugar Beach Events in Kihei. The ceremony concluded at sunset. It was spectacular!

The guys from the bike tour recommended we drive the Road to Hana backwards. We made many stops prior to reaching Hana. The beach views are incredible. The first stop was at Koki Beach park where we stopped to eat at Huli Huli Chicken. This was the best bbq chicken and sides I have ever had. And that means something coming from a Texan! Rice, pasta salad…chicken…

Note: from Andaz to Huli is 2.5hrs. Already tired of being in the car.

Then, we headed to the red sand and black sand beaches. We didn’t make it to the red sand beach because it’s not very accessible via car and we were on a time crunch. We stopped at the Black Sand beach and took lots of photos. The beach was already crowded so we were in and out.

All the staff at the Andaz Resort were welcoming, happy and laid back. I do not have one negative thing to say…not even the smallest.

Categories: Where to stay (we didn’t take many photos of the actual room) / Food / Activities and Tours / Photography

Have you heard of Crypto Art?

My name is Natalee.  I’m from Texas and obsessed with fashion, culture, travel, and more.  These are my favorite blogs and bloggers.  I wanted a news space to share this easily.  All links go back to their respective pages and products 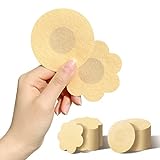